Gary Woodland, -13, is your U.S. Open Champion after holding off some mid round mistakes and a charge by defending, two time champion, Brooks Koepka.

What a way to cap off your first major victory, birdieing the final hole by dropping a 30 footer for a three shot victory. Woodlands best shot of the day came on the 17th, he was 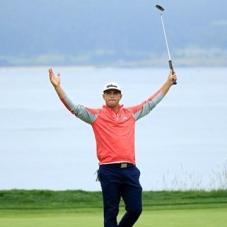 on the green in one on the 220 yard par 3, but he was on the wrong side of the figure eight shaped green. At the same time, whether he knew it or not, Brooks had just put himself in a great position to move within one stroke with a make-able birdie at 18. Showing absolute nerves of steel, Woodland used a wedge and nipped the ball clean with a ton of spin, this allowed the ball to stop just two feet from the hole for par. If he had taken a divot at all, the ball would have more then likely ended up off the green. The tournament was all but sealed going into 18, which he capped off by hitting that bomb of a birdie putt to finish three strokes clear of Brooks Koepka. This was Woodlands first major victory and fourth career PGA win. Woodland is now sitting fifth in the FedEx Cup race. 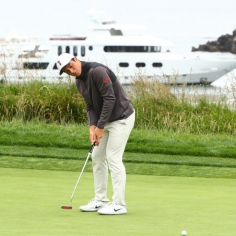 Viktor Hovland set a new 72 hole U.S. Open record for an amateur, with and impressive 67 (-4) to finish the tournament in a T12 at -4. Jack Nicklaus was the proud owner of that record for over 59 years. Viktor is also the first amateur since Matt Kuchar in 1998 to be low amateur at the Masters and U.S. Open in the same year. Getting ready to turn professional, Viktor ended his amateur days in style. He should be a factor on the PGA Tour soon.

Marketing is My Game | Golf is My Passion | Family is My Life I enjoy reading and writing when I am not doing any of my other many activities of life. This is my outlet to talk about the game I care for so much, golf has been with me since I was a young child. And yet I continue to learn new things everyday. Hopefully I can entertain and bring some of my passion for the game for others. - Bryan - View more posts